Boncompagno da Signa, professor of rhetoric at the university of Bologna, circa 1200, was renowned for his rants. Perched behind a wooden lectern, in front of the rows of young clergymen, he blasted away in the early morning lectures, scoffing at foreigners and university dons alike. To instruct his students, he compiled the textbooks Palma (c. 1198) and Ancient Rhetoric (1215), presenting them with a catalogue of ethnic slurs from which they could take their pick. On the cusp of the nation-state’s emergence, there were few safe spaces.

Angry Germans, thieving Burgundians, arrogant French, lying Scots, English tail-bearers, treacherous Corsicans, fraudulent Romans. A troupe of caricatures was paraded before the students, themselves an heterogenous group gathered from the corners of Europe. Ripples of laughter filled the classroom. Shoulders were slapped, fingers pointed, hearts fired up. Perhaps a little scuffle broke out after class, a boisterous wrestling over insults exchanged. Nothing to be concerned about. Acquiring knowledge was, after all, a combative affair.

Boncompagno reserved his racist rhetoric for those who would never set foot in the schools. Africans went about naked, Ethiopians were savage. The ritual ablutions of Saracens were all about sex: « The minds of the Saracens are so enshrouded in dark gloom, that they daily lave their genitals in the belief that they are thus appeasing the Lord. » The Ismaili « Old Man of the Mountain » Rashid ad-Din Sinan, his band of assassins and the Suriani fornicated with prostitutes night and day, Boncompagno claimed. 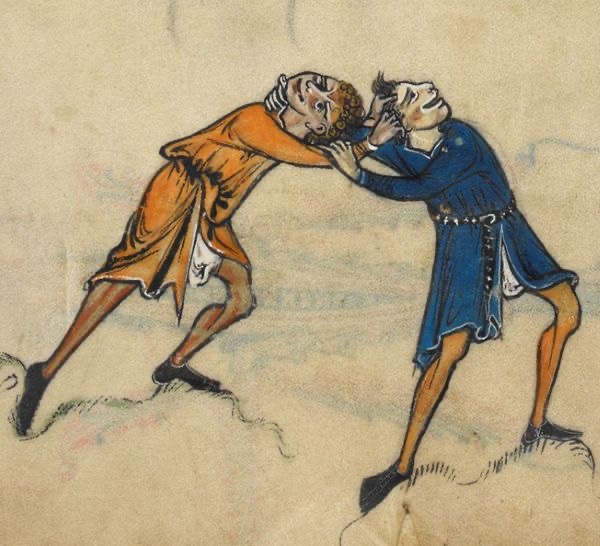 At the institutions of higher education then emerging, students could turn to science for explanation. Climate and environment, Hippocrates had taught in ancient Greece, determined character. Because of the heat, the blood coursing through the veins of men in the south was thin. It evaporated quickly, turned them into cowards or tricksters. Thus the defenceless Calabrians, the timid Apulians and the Sardinians were the handmaids of jealousy and servility. The harsh north, meanwhile, bore beastlike men. The Bohemians and Poles devoured raw flesh. The Hungarians, roaming the woodlands, famished, were « a very ferocious people, more cruel than any monster’, for these Hungri had left the regions of Scythia to still their hunger. They were raw flesh-eaters, descendants of Gog and Magog and hunter-gatherers, lacking the civilization of a sedentary agricultural society.

The young men attending school at these centers of learning – Bologna, Paris, Oxford – learned to use what we now call stereotypes throughout their careers. In diplomatic letter writing, in notarial documents, ethnography and poetry. The rhetorical precept to attack character in a verbal assault, genus demonstrativum, was practiced in textbooks explaining the use of distinctions in clauses. According to Matthew of Vendôme’s Art of Versification, designed in the early 1170s as a schoolbook, the main purpose of poetry was description. And that meant uncloaking the essential characteristics of a person, object, or group, and placing that essence within its appropriate topical milieu, by applying proverbial epithets. It was through descriptio, invention of the situation of persons and objects using found images, that a type was moulded and cast. 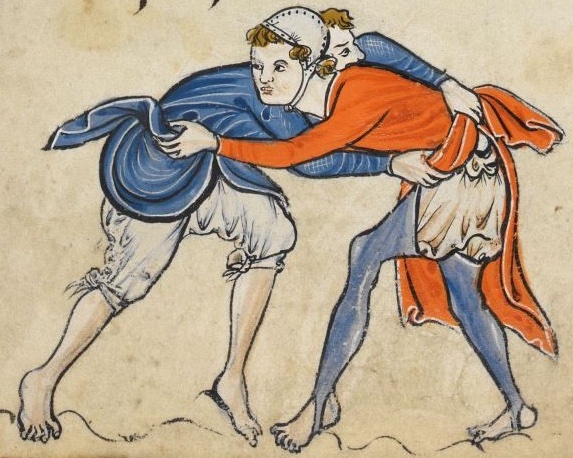 The writer should choose his epithets carefully, according to that « which is strongest in him and for which he is best known  A text had to appeal to the guiding beliefs and ideas of the audience (ethos). In legal trials, a speaker could try to persuade a legal court by appealing to the common knowledge of character types. Tapping into prejudiced beliefs about character types with regards to gender or social position, a lawyer could cast doubt or persuade his audience of the likelihood that his client had acted in a certain manner, based upon station in life, profession or natural disposition.

Learning how to describe, how to categorize, how to rank, served political ends and filled the purses of the powerful. The professor’s objective was to outfit officials in secular and papal government with a stockpile of ethnic images, to be exploited in political communication. The classroom was the practice arena. On the fraction line of imperium and body politic, the student thus learned to stake out his position, to punch the air with puny fists. In quiet, he perhaps yearned for a softer, amorphous silence.

« A black cat sneaks across a flower bed toward a shed, past some asters, and squeezes into a gap an arm's width wide. Some worn-down club-goers lay wasted on sofas, sweat and smoke in a late-summer landscape. » On Berlin clubs and Calvino's cat flâneurs.

As an academic field, « Genocide Studies » is a house with many rooms. It accommodates and even encourages a broadening of its central concept. And like all academic fields, it presumes its object of study will always be there.