Cyd Charisse, dressed as a flapper in green in Singing in the Rain (1952), balancing Gene Kelly’s hat on her impossibly long, perfectly stretched leg. Rita Hayworth in Gilda (1946), singing « Put the Blame on Mame » while removing a single glove. The fast talkers, like Claudette Colbert, charming through their wit. Ingrid Bergman mesmerizing with a cigarette. I didn’t know, when they first enchanted me, that their glow came from backlighting and a smear of vaseline on the camera lens.

Film embalms its actors in an enduring cycle, a familiar liturgy from title screen to final credits. Yet before television and VHS, movies were almost as transient as theatrical productions, difficult to view after their first release had ended. A movie might have been distributed widely, but it lived primarily in the memories of the people who had seen it, each of whom preserved their own idiosyncratic recollection.

« Cinema is a place where we reach towards another, » muses Michael Newton in Show People: A History of the Film Star (Reaktion Books, 2019), « where we hold an impression of that person in mind, an interest tinged by the appeal of a perceived loveliness. » This « reach » does not apply to television actors or YouTube stars. It requires the vast, mythic distance between the audience and the screen, the chaotic glimmer of dust particles in the projector light.

They say Brad Pitt once referred to himself as « the void that fills the void. » A dig at his fans’ neediness or his own hollowness? Or a recognition that the empty spaces between fan and celebrity, watcher and projected image, are filled with both longing and its satisfaction? I got to know the grand dames of Hollywood through the television set in my family’s living room, but the decades between us were distance enough for me to dream in.

In Sunset Boulevard (1950), Norma Desmond’s washed-up silent film star insists, « I am big. It’s the pictures that got small. » The line both remembers and predicts the death of film itself. As the pictures shrunk, the illusion of intimacy they provided grew, but the magnetic hold of the star faltered. In a movie theater it is harder to take bathroom breaks, to run and get a snack, to stop the story and comment on it, to check one’s messages.

How old is celebrity? In Dead Famous: An Unexpected History of Celebrity from Bronze Age to Silver Screen (Weidenfeld & Nicolson, 2020), Greg Jenner fixes the origin around the year 1700, when daily newspapers and thriving entertainments in London and Paris needed more glamour than the royal courts could provide. In 1709, Henry Sacheverell, « a conservative churchman in a ludicrous wig », became famous after delivering an incendiary sermon, a cry against the Whig government.

Sacheverell’s sermon was printed and read widely; 100,000 copies were sold, about a sixth of London’s population at the time. He was charged with high crimes and misdemeanors, and his appearances sparked both cheering crowds and riots. The reactionary Anglican cleric, « every inch the modern celebrity », was turned into a brand, his face stamped onto silver plates and wax seals, playing cards and women’s fans. People buttoned their coats with Sacheverell buttons, just as today a young fan might sport a Kardashian charm keyring or a Nick Jonas face mask.

But the desire to be as close to a charismatic individual as possible, even if only through objects that might radiate their borrowed charm, is older. The consumer products featuring Sacheverell’s likeness were modern, cheaper versions of the fine miniatures and memorial medals that carried Queen Elizabeth I’s face during and after her reign. Those royal icons channeled, in turn, the charismatic power of saintly relics that circulated throughout Europe in the Middle Ages: shards of bone, snatches of skin and hair, scraps of cloth that promised salvation to people who crossed kingdoms to see them.

Relics, and the places devoted to their worship, dotted the map of Europe and the Middle East. Padua enshrined the tongue and jawbone of their gifted preacher, Anthony. Amiens built a cathedral to house the skull of John the Baptist. Cologne made its fame with the bones of the Magi. Saints’ names filled calendars, gave the year its shape, and were given in turn by common people to their children. Saints, like today’s celebrities, were both omnipresent and faraway, once-vulnerable people who became something more than human.

The pleasure celebrities offer lies not only in the public roles they play, but in the mirage of accessibility they evoke. This effect, until the rise of social media, was abetted, if not wholly created, by managers, employers, and the press. Joseph Pulitzer once asked his managing editor at the New York World to instruct his writers to describe famous people’s homes, family, even their pets. But the most attractive celebrity, as Jenner points out, was one who still had an air of mystery: « stardom’s arresting power often lurks in the tantalizing gap between what’s made public and what’s kept private. » 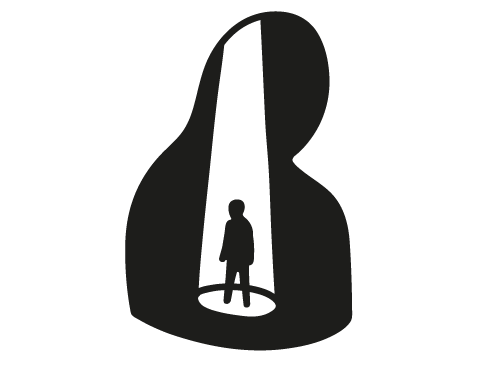 Gap becomes brick. Jenner suggests that « celebrities function as psychic breeze blocks; they’re part of the sturdy foundations upon which we build our identities. » A concrete brick is an unusually solid metaphor for creatures used to more ethereal analogies. It suggests that celebrities are an essential component of our inner lives, as fundamental to who we become as our upbringing and education.

Roaring crowds of bobby-soxers adulated a young Frank Sinatra in the 1940s. Some of them remained in the theatre, faint and hungry, for days of consecutive performances, until they were forcibly removed. « Sinatra fever virtually invented the idea of the teenager, » Jenner writes, « revealing a new demographic who felt things intensely and were willing to pay for strongly emotive experiences. » Stars, the modern descendants of divine intermediaries, mark the wounds we do not dare to reveal.

Toward the end of La Vie en Rose, the 2007 biographical film about the life of Édith Piaf, an older but still robust Piaf walks onto a bright California beach, sits down near the shore, and begins to knit. A young journalist sits down next to her to carry out an interview. « What if you could no longer sing? », the journalist asks the diva. « Are you afraid of death? » Eventually, the questions turn to the work in Piaf’s hands:

« For whoever wants to wear my sweater. »

There sits a donkey before an open book, held between his forehooves in such a way that we can clearly see the pages. It is a family tree of sorts, with eight rows of seventeen standing donkeys.

The void that fills the void
Irina Dumitrescu

Relics, and the places devoted to their worship, dotted the map of Europe and the Middle East. Saints, like today’s celebrities, were both omnipresent and faraway, once-vulnerable people who became something more than human.

« A black cat sneaks across a flower bed toward a shed, past some asters, and squeezes into a gap an arm's width wide. Some worn-down club-goers lay wasted on sofas, sweat and smoke in a late-summer landscape. » On Berlin clubs and Calvino's cat flâneurs.